How do you become a perfumer?

Create an atmosphere, represent a memory, depict a dream… Today we spotlight the facets of a profession unlike any other.

Through the careful selection and composition of olfactory molecules, a good perfumer has the power to bottle an emotion and captivate generations – no small feat! Given this, a journey of hard work and patience awaits those who wish to enrapture and influence the world’s senses. The price to pay: a rigorous method and years of study. Edmond Roudnitska, famous 20th century perfumer and creator of the legendary Eau Sauvage de Dior, described his own career as "laborious, demanding, sometimes even thankless, because it is strewn with disappointments, unresolved problems and traps" Such a quote would be enough to turn many away, and yet!

What is a perfumer?

For Jean-Claude Ellena, legendary Hermès nose, "The act of smelling is part of our life, of our daily life, that exists without us noticing its importance." The perfumer therefore must embrace the ubiquitous quality of scents and strive to create fragrances that inhabit the abstract. In other words, the perfumer develops and transcribes a concept – an idea, an image or even an emotion – using the hundreds of available molecules. Simultaneously an artist and a chemist, it is necessary to have an encyclopedic knowledge of natural odors - those that can be extracted from nature – but also synthetic – those created in the laboratory.

In the jargon of perfumery, the perfumer is often described as a "nose”, a reification seldom appreciated by some professionals who largely prefer the sober qualifier of “perfumer”, the broader label “creator” or sometimes "scent artist”, used by Alessandra Gualtieri, creator of the Nasomatto brand.

Embarking on the journey to become a perfumer

To practice this profession, it is preferable to move towards a scientific path in high school, because solid knowledge in chemistry and physics are required. Indeed, perfume schools most often recruit graduate students in biochemistry, chemistry or biology. In France, the most recognized higher establishments are the ISIPCA (Institut Supérieur International du Parfum, Cosmétique et de Aromatique Alimentaire) in Versailles, and the École Supérieure du Parfum in Paris. However, there is a separate path that leads to the profession of perfumer: joining the internal perfumery school of a large composition house. They are big names in the industry (think Firmenich and Givaudan) and guarantee training of the highest quality. However, it is very difficult to access this route: the number of people selected each year can be counted on the fingers of one hand...

With a perfume school diploma in hand, the work has only just begun because it is very rare that anyone directly creates perfumes for client brands. The nose apprentices usually become the assistants of more experienced perfumers whom they assist in their creations to learn the trade. It is only after several years of practice when their experience allows them to create independently for themselves and others.

The different professions within the world of perfumery

We all know that our lipsticks, shaving creams, gels and setting waxes contain perfume. But how many of us register that there is a nose behind each of these scents? Though we may find it peculiar, it’s true: a specialized perfumer is a consistent part of the product creation process. There are 4 categories of perfumers:

They themselves divide into 3 categories, according to their status:

– The “salaried perfumer”: they belong to a composition house and work on projects for various client brands.

– The “house perfumer”: also called “In House” perfumer , their function is to create perfumes for a single brand, like Christine Nagel at Hermès or even Thierry Wasser at Guerlain.

– The “independent perfumer”: one who manages their own company and formulates for a personal brand or on behalf of other brands, generally confidential.

Now that we’ve seen just how many different roles a perfumer can take on, let us dig deeper into the process, this time looking at the macro situation. There are several companies that use noses for the development of products. The composition houses – such as Givaudan, Firmenich, IFF or even Robertet – offer their “Fine Fragrance” creation and development service for large groups such as L'Oréal, Puig, LVMH, Coty, Shiseido or even Interparfums. However, detergent brands, for example, are among the most important clients of composition houses, which earned them the somewhat unflattering nickname of “launderers”. Functional perfumery is certainly less publicized but it remains relevant nonetheless; in the sense that it allows interesting professional developments within the same composing houses. More rarely, it is possible for perfumers who have cut their teeth in composition houses to take on major luxury brands such as Dior, Hermès, Guerlain or even Cartier, which have their own in-house creation laboratories.

Developing a superpower: a truly great sense of smell

A perfect knowledge of raw materials is expected from a budding perfumer. Whether natural or synthetic, the future nose must be able to identify several thousand odors blindly and identify subtle properties such as origin or type (Let’s see... is this vetiver from Haiti or Java?). This exercise in identifying and attributing words and concepts to smells is soberly called "olfaction" within specialized training courses.

Olfaction is to a perfumer what chords are to a pianist: without strict discipline, the senses and capacities cannot perform at their best.

In addition to refining your sense of smell, exercise and repetition also allow you to develop a common language with other perfumers, an essential skill for collaborative work and future employment prospects.

By way of reference, a junior perfumer must be able to memorize around 3,000 smells, of which approximately 250 are natural. This is of course, a small fraction of the several thousand synthetic scents that must be memorized as well, often developed more or less exclusively by the composition houses. These specific scents are known as captive molecules, or captive odorants.

The formulation of the perfume

This fascinating profession does not stop at knowing how to differentiate raw materials olfactorily. A perfumer must be able to formulate “chords” which will in turn create a whole new scent. In fact, the profession of a perfumer could be compared to that of a composer: he or she assembles raw materials in a harmonious way just as a musician would combine notes to give birth to a piece. Jean-Claude Ellena, in fact, compares the perfumer to the writer:

"The smell is a word, the perfume is literature.”

Coming back to our original thought, we truly cannot repeat it enough: to be able to create a perfume – bringing raw materials together in a harmonious way – requires a lot of experience. The perfumer is above all an explorer, always in search of uncharted olfactory lands. He or she analyzes the way in which raw materials interact, scrutinizing those which dominate others or are, on the contrary, discreet and subtle. During the formulation possess, the perfumer must also ensure the non-toxicity of the composition with regard to the requirements issued by the IFRA (International Fragrance Association), the regulatory institution for the perfume industry.

The creation of the perfume

Each perfumer has their own way of formulating, of creating. After several years of experimentation, each nose establishes what are called its "palettes”. These are the raw materials that the perfumer gravitates towards and the ones that tend to end up in the final products. These are usually smells that he or she particularly enjoys working with. This palette evolves over time and contrary to what one might think, actually becomes smaller rather than larger. For example, Jean Claude Ellena only worked with two hundred raw materials at the peak of his career.

Beginning with this palette, the perfumer then carries out several tests: often more than 100 tests are necessary before arriving at the final formula.

The question of style in perfumery

In the perfume industry, some perfumers have their own olfactory signature. They manage to create many different fragrances while bringing their personal touch, thus making it possible to differentiate them from other creators. It is thanks to these olfactory imprints that we are able to detect the “universe” of each perfumer. For example, Vero Kern, a perfumer with a well-defined style, describes his approach in this way: “I like to disturb, I like the strange, the bizarre. I love to combine the old and the new, the beautiful and the ugly.” With an equally strong signature, but in a completely different way, Patricia de Nicolaï affirms that “I don't like to shock. I like that people feel good with their perfume, that they reassure them, a bit like buying a dress in which you feel so good that you could travel the world.”

Conversely, there are chameleon perfumers who choose not to mark their “print” into the creation process in order to deliver creations totally adapted to the needs of the wearers.

The working tools of a perfumer

Perfumers rarely work strictly in laboratories. They often prefer to compose from their desks, in order to prevent their noses from being destabilized and disturbed by surrounding smells. They have at their disposal keys (or mouillettes) – those long cardboard strips that you will find in any perfume store – as well as a wiper holder, a kind of support which allows several strips to be attached to each other, in order to feel and study the evolution of their tests over time. Never without their notebook, noses never fail to list every observation, as well as each of the inspirations for their formula. To make life easier, modern perfumers are now equipped with software that indicates whether or not their creations comply with regulations.

What does a typical day for a perfumer look like?

The daily routine of a perfumer can often vary, but it is never dull. Usually, he or she will begin the day by smelling the previous day’s formulas. The morning is a good time to evaluate these creations, because it is the only time of the day when the nose is truly fresh. To smell, the perfumer needs silence and tranquility in order to concentrate. When creating formulas, perfumers are constantly in contact with evaluators (advisers to perfumers) and marketing teams to best interpret and meet client expectations. Many meetings can thus be linked throughout the day, in tandem with the many modifications, evaluations and readjustments that the formulas undergo.

The busy day-to-day is therefore not just about keeping the nose immersed in perfumes, but a waltz between many responsibilities and communications.

The qualities required to be a perfumer

Being a perfumer is what one could call a shadow profession. Away from the spotlight, they must accept criticism and failure. To break through, it is necessary to be curious, patient and oftentimes, unwillingly stubborn. While it is easy to build on what has been learned, the truly ambitious perfumer will constantly seek to renew him or herself by following the evolutions of a market in constant movement and unprecedented changes.

Being a perfumer is also a profession defined by travel and discovery: one may have to coax out prestigious clients as well as precious raw materials. It is a profession riddled with adventure and emotions. A profession unlike any other, it requires a significant investment of time and energy but is ultimately immensely rewarding, it can impact the daily lives of millions of people. As we bid goodbye, we’ll say just one more thing. To the aspiring perfumer, be courageous. The key is your will alone. 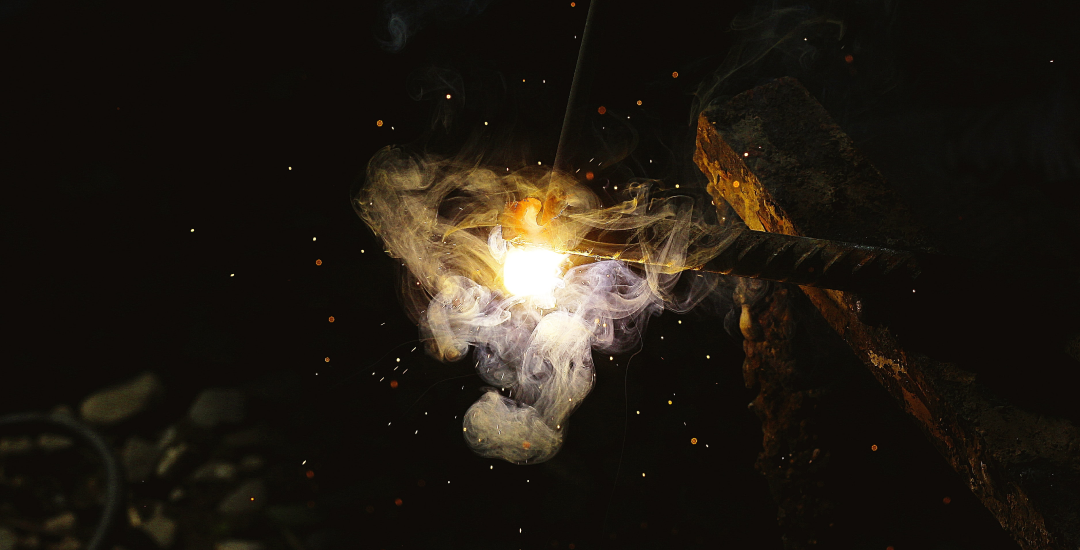